During the month of October in the sunny Lisbon the ICT2015 took place, organized by the European Commission. Over 6000 entrepreneurs, people from the academia, for-profit and not-for-profit organizations and European Commission representatives took part in it, 30% of whom women.

127 guest speakers, amongst whom the Commissioner Günther Oettinger, Francine Closener, Secretary of State for the Economy of Luxembourg, and MEP Hans-Olaf Henkel, Vice-Chair of the ITRE Committee, Commissioner Carlos Moedas, Director General of DG Connect Roberto Viola had speeches. Over 120 networking sessions were organized,150 projects in exhibition and 7 prize awards were given.

The ICT2015 had 5 main platforms: Conference, Exhibition, Networking, Startup Europe Forum and Students Outreach. The policy conference was a major part of ICT 2015, covering the three days (20-22 October). It was designed to present the new Commission policies and initiatives regarding the Research & Innovation in ICT – in particular, with regards to two of the top 10 priorities of the Juncker Commission: Jobs, Growth, Investment and Competitiveness and The connected Single Digital Market.

The main objectives of the ICT2015 were:

– To learn about the new H2020 Work Programme 2016-17 and Instruments. Up to 3,2 billion Euros for Research and Innovation to digitize European industry are to be distributed. The focus was on securing easy access to innovation for all industrial companies and especially SMEs wherever they are located in Europe and for any sector. Not less importantly, preparing our society to benefit from the digital transformation – by promoting digital skills across Europe.

Women in ICT was another focus for discussions. BCWT in the face of Sasha Bezuhanova took part in a round table discussing the issues in front of women taking part in the ICT, how to increase the number of actively engaged women and give more visibility and role models to develop mentoring and training actions. Alongside Sherry Coutu (Serial entrepreneur and Angel investor), Candice Johnson (Chair EBAN) and other successful women entrepreneurs, Sasha shared the Entrepregirl competition, an initiative on a national level, which attracted a massive international attention!

The European Centre for Women in Technology (ECWT) was an organizer of 2 networking sessions – ‘How to start and grow your digital enterprise’ where the H2020 ‘WeHubs’ project in which BCWT is a partner, was presented. The second one was a live pitching session where startups with women (co-)founders could participate and win an award of 2000 Euros sponsored by Microsoft. The jury was formed on an international level and Sasha Bezuhanova was part of it. The winning startup is called Daytrippn and they proved in a live pitching session why their business is going to be successful and what makes them excited about growing!

The majority of the sessions were web-streamed. Videos of the different platforms can be found here. 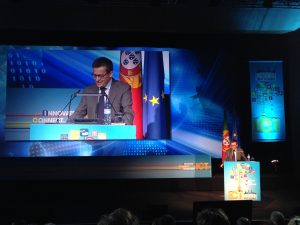 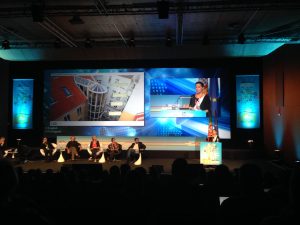 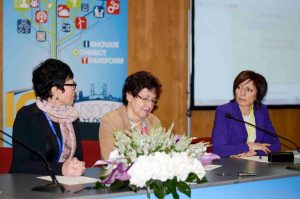 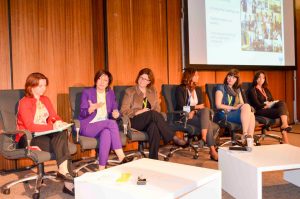 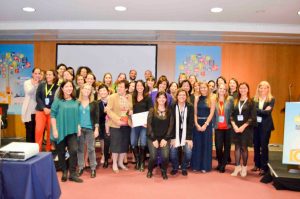 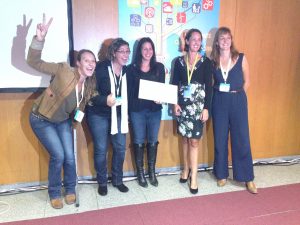