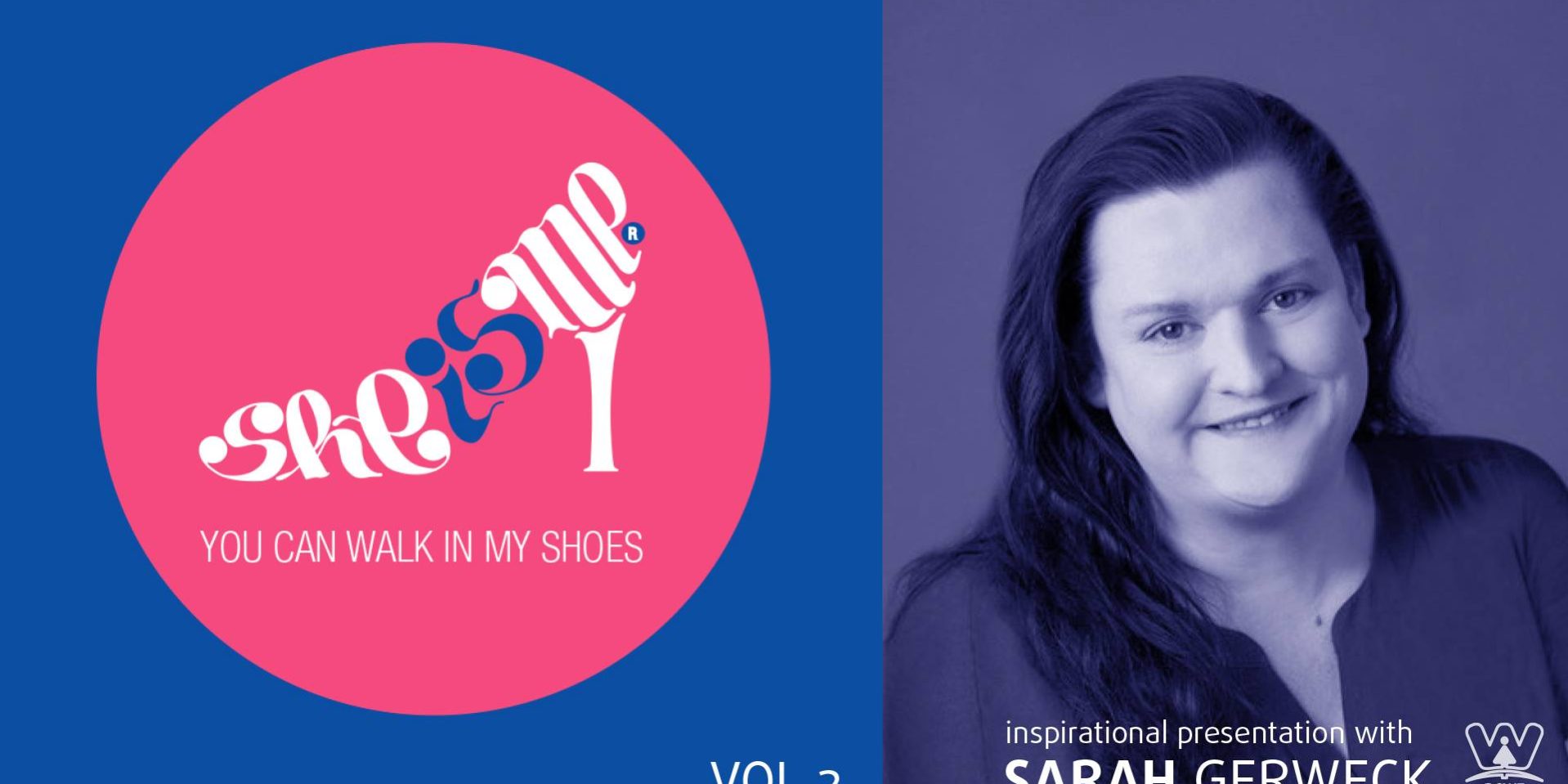 [:en]Sarah, whose firm AtScale will invest $25 million in Bulgaria, has been the latest speaker of BCWT exclusive format She is Me.

Sarah Gerweck, founder and chief architect of US multinational company firm AtScale, has met the Bulgarian public during the latest edition of exclusive talk format She is Me of Bulgarian Center of Women in Technology (BCWT). The event took place on April 3 and was co-organized by MOVE.BG, a Sofia-based organization for societal change and innovations.

During the event, Sarah revealed details about AtScale $25 million investment in Sofia, which will be the firm’s first office outside of the United States. AtSclae will hire about 40 people in Bulgaria, Sarah explained. The office will be based in Sofia’s Buxton district. The preparations have recently begun, the founder added.

Currently, the AtScale is the only platform of its kind that can visualize and integrate access to large data. JPMorgan Chase, Toyota, Wells Fargo, GlaxoSmithKline, and many others are among the firm’s clients.

Sasha Bezuhanova, founder and Chair of the BCWT’s Board, praised Sarah for her courage and spirit and congratulated her for being named one as one of the top women entrepreneurs in cloud innovation for 2018 by CloudNow.

The meeting with Sarah continued for more than an hour and a half and sparked a lot of emotions and inspirations in the full room.

“Don’t miss a meeting, because you’ll never know what could come out of it. Reach out to people with more experience and ask them to become your mentors,” Sarah told attendees.

“Be proactive and develop your network of connections. Embrace your unique set of gifts and skills that you have and turn them into something useful.” 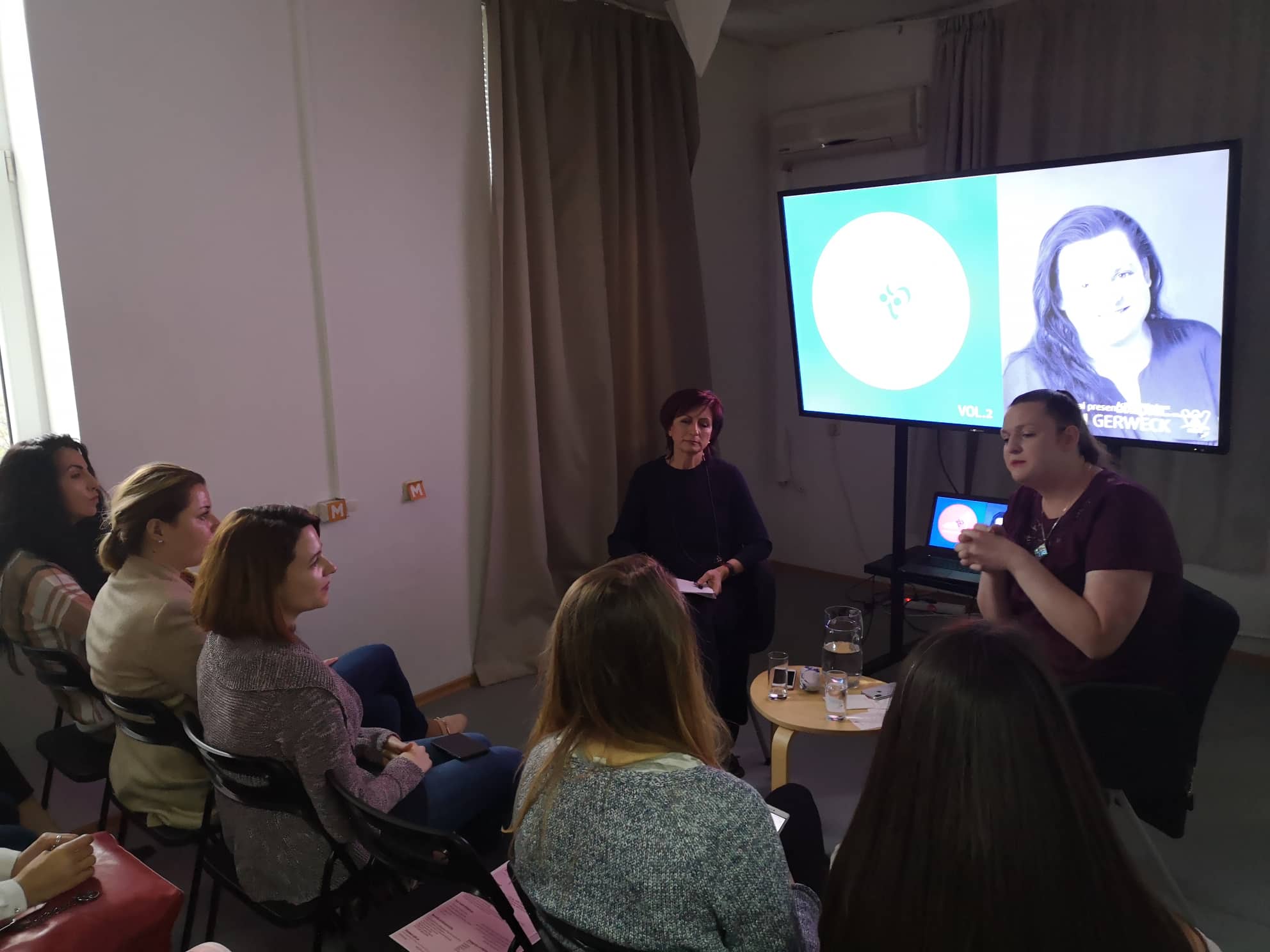 Sasha Bezuhanova (on the left) speaking with Sarah Gerweck (on the right).

During her inspirational speech, Sarah shared her personal path. The woman, who has three patents in the field for rapid data analysis, said that she had never known she would take a career into the technology sector.

She studied mathematics and physics at university and thought that she would become a professor and teach mathematics as everyone else. After her graduation from the university, Sarah found out that there were limited options for her to start a career.

Being based in California during the “dot-com” era, she realized that this was an opportunity for her to explore and started sending out her resumes to technology companies and start-ups.

Unfortunately, no one would hire her because she had not studied computer science, but this didn’t break her spirit and continued to pursue her goals. Eventually, Sarah got a chance to work for a small start-up, where she was part of customer support, operations, and development teams.

After the acquisition of the start-up by a bigger company, Sarah raised her confidence and went into the consulting sphere. After a while, a former colleague called her and invited her to start a new job at the tech giant company Yahoo. At Yahoo, Sarah built a system, which allowed the firm to target readers with more precise content – a key point for successes of any media company in the digital era.

After several months, Sarah realized that in the corporate environment the employee’s personal success depends on the network and people she or he knows. Therefore, she met two people from the senior management of Yahoo and asked them to become her mentors. That was one of the main catalysts for her success at the company, Sarah told attendees of She is Me by BCWT, and she became one of the highly successful product architects of Yahoo.

After several years, in 2013 Sarah received a proposal for a meeting with a former Yahoo’s colleague. She thought that it would be another hiring pitch, turned out to be an exciting meeting. They started to discuss how to use some new forms of technology in order to solve a problem they both encountered at Yahoo and made plans for starting their own company.

And the AtScale was born …

Now, more than five years later, Sarah and her team will make a significant investment in Bulgaria. 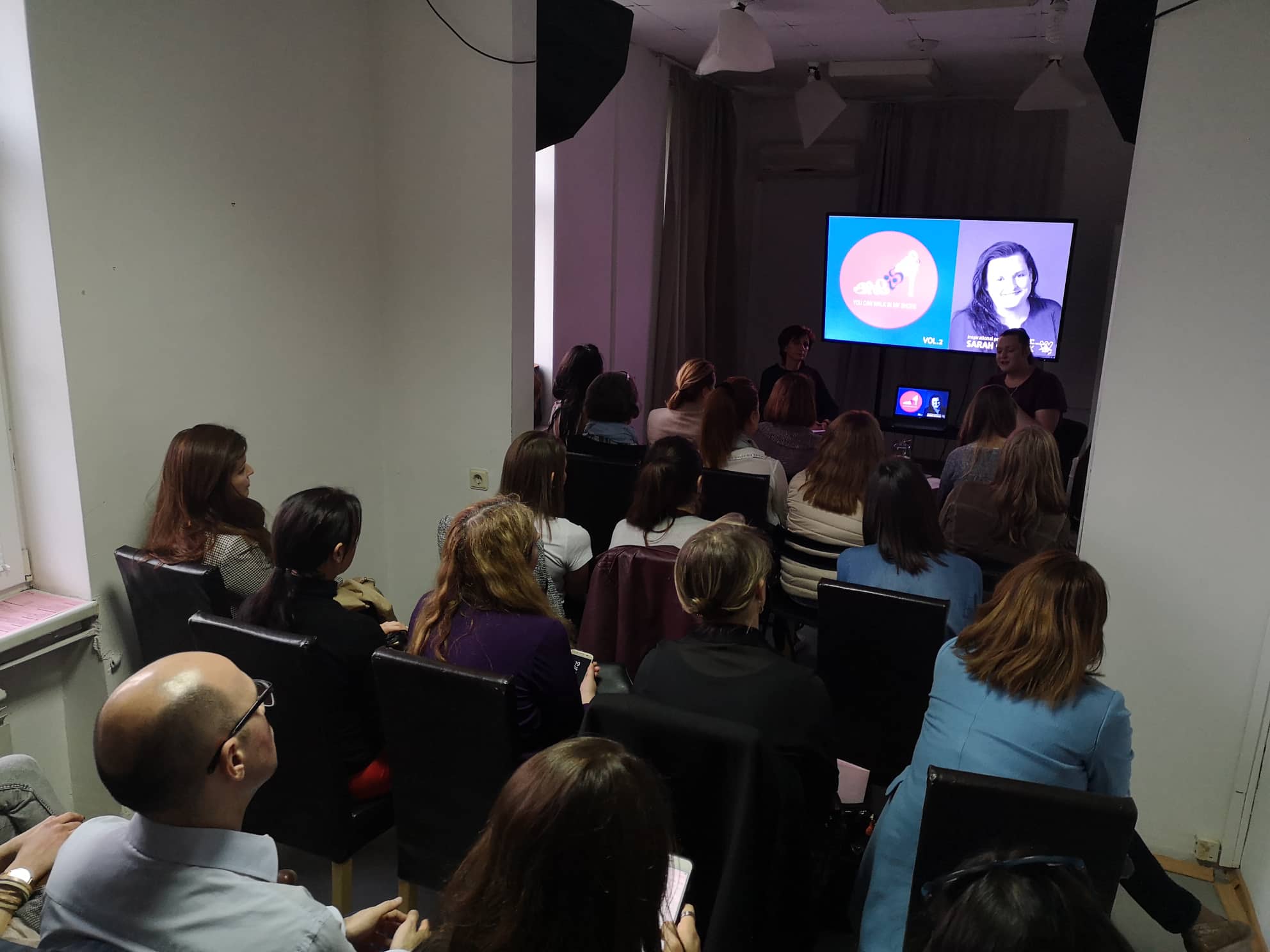 She is Me by BCWT is a new evening format, an exclusive series of events addressing the challenges of the time we live in. It aims to create an environment in which, through the example of successful ladies, we encourage those who do not believe they can achieve success.

The format is of strategic importance for the positioning of women in the technology, entrepreneurship and science sectors. Ladies who have proven in these sectors will be presented to the public to be promoted and turned into role models with a wide range of responses.

We will have the opportunity to understand how to overcome the challenges of the road, especially those that men do not encounter, to get answers to their questions and to meet others like us who want to develop and look for ways to make it worthwhile.

Онлайн дискусия “SHEleader in a SHELL: Greentech as a Path to Our Sustainable Future?”
03.04.2021